“You have brains in your head. You have feet in your shoes. You can steer yourself any direction you choose. You’re on your own. And you know what you know. And YOU are the one who’ll decide where to go…”
― Dr. Seuss, Oh, The Places You’ll Go!

Where you work, who you work with and what you do about it can have a huge effect on your career. Let’s talk about making the right work decisions for you.

At the end of 2018, I decided to leave a job I really liked because it was having a negative impact on my personal life. It felt like I was expected to always be on, available at any given hour, when someone needed me. At work, I have always been a ‘yes’ person. I always try and say yes to help others out. Whether that is considered a curse or not depends on who you’re asking, I guess. I decided to accept a job offer in a completely different industry, which was based a lot closer to my home. It also seemed to have more restricted hours, I wouldn’t be taking home a laptop every night or have a work phone. After working somewhere that expected me to have my work phone and my laptop glued to me, it felt like maybe this would be a good change. I was also promised more career progression, which meant the world to me as I am ambitious, and I always strive to be better. In previous roles, I have been made to feel a little stuck, with a glass ceiling. So, overall the role itself seemed ideal. I would be able a drive to work in about 20 minutes, I wouldn’t be called upon at any hour of the day or night, and I would be able to progress within the company. SUPER!

What is that saying…. ‘The grass is always greener’…

It very quickly became clear that everyone in the business had something negative to say about it. People were just plain unhappy.

I could see how miserable people were, something I had never really experienced in the workplace before. I had been miserable at previous jobs, however, that was on me and my relationship with being at work. Not the place itself or the people in it. It’s always difficult to explain, I would end up putting so much pressure on myself to achieve and be what everyone needed me to be, instead of thinking about what I needed from a career. But here it was different. There wasn’t a day, that I went to work, which didn’t end in a horrible conversation being had, offensive words being used, and abusive behaviours being expressed. I realised that absolutely everyone in the business hated being there. Loathed going to work, wouldn’t dream of staying late to help out or even ever spoke in a pleasant manner about their job. Without going into too much detail about the business, those that worked there or the business owner, all I can say is I wouldn’t want anyone to have to feel the way these staff members were made to feel day in and day out.

You make your own checklist

For most people, especially a little later in their lives, they are able to decide who and what they surround themselves with. Take for example where people choose to buy a house, yes ok sometimes people have a budget and certain areas fit that budget, however, homebuyers usually have a criteria. Does it have good transport links, because you’re the type of person that doesn’t like being on public transport for hours either side of the day. Does it have a park nearby, because you have chosen to have a dog who needs walking. Is it in an area that has good quality restaurants, because you enjoy eating out or your cooking skills belong on Ramsey’s Kitchen Nightmares. Whatever the criteria, people make these lists because it’s what they are comfortable with and wants to be surrounded by. I feel it is the same as where you choose to work. Yes, at the start of your career it may be a little trickier, you have rent, bills, student loans to pay etc. So, taking any job sometimes is better than not having one. However, once you’re over the hurdle of getting your foot in the door you realise what it is you like about a role, what you don’t like, what sort of people you like to work with, (which can be very different from those you like to socialise with) and what environment you work well in. I will admit I ignored what I wanted and needed from a job. I put the needs of those I worked for, and with, before my own. My responsibilities in paying rent, bills, food etc weren’t going anywhere, no-one else was going to pay for them. The worry of ‘what if I never get another job’ would always be there in the back of my head. It’s because once you have a job the thought of finding another one can be traumatic. The feelings that come with not having that form of monetary security can be petrifying.

During my career I’ve worked with such a variety of people; people who take pride in different things, who have different attitudes towards their work and that’s normal (we are not all the same). However, regardless of whether you agree with this or not, those people have an effect on you and how you work. I used to think I could ignore people that I found difficult at work, I used to think they didn’t have any effect on me, why would they? Well, I was wrong. I started to realise that going to work and having to converse with people I found draining, or that I didn’t have any respect for because of the way they behaved, completely exhausting.

At work, I am usually very happy to start early and leave late if it is required, as I just see that as part of my responsibilities to make sure the business is running the way it should be. I used to work with people who didn’t have this same mentality. Fellow work colleagues who as soon as it hit 17:00 would run for the door. Or would start packing their things up at 16:45 just so they were ready to leave at 17:00. Don’t get me wrong, if you’re that person that is your prerogative and ‘you do you’. However, I quickly realised I don’t enjoy working with people that have this mentality. One place I worked, where I was usually the only one to agree to stay longer, I would have to debrief those who left the next day. I would also end up doing all the additional work that came from staying later. Whereas when I have worked with people who are happy to do longer hours there feels to be a lot less tension and the workload is more balanced. This could be seen as such a small thing; however, it can escalate, and in my case, it really started to drain on me.

That is only one small example of how other people can have a negative effect on how you feel at work. But let’s also talk about how people can affect your aspiration to achieve, your ability to progress and your hunger to grow. Think about the people you choose to work under. It could be your team leader, line manager or even your CEO. Here is an example; what if someone in a higher power to you was constantly battering you verbal, constantly putting you down, giving you unnecessary grief. Would that help or hinder you in achieving your career goals? I only ask this to demonstrate why the type of people you work with is so important. Because reporting to a person who is either aggressive, verbally abusive, unrealistically demanding, rude etc is not going to fare well for your urge to succeed or your mental wellness. If you are constantly being beaten down by someone, who has some power over your career, and ultimately your life, it is going to have a detrimental impact on you.

So, what do I think I’ve learnt from my career so far?

I’ve learnt how important it is to recognise what traits you appreciate and find difficult in people. And for the record, I don’t think you’re a bad person for knowing what ticks you off and what makes you happy. It’s like what I learnt at an ‘Insights’ course. We were all asked to write down what or who zaps our energy levels and what or who increases our energy levels. It’s also like knowing what foods you do and do not like. Yes, by all means, I think you should try different things, give them a sample, but ultimately if you do not like Aubergine, why are you going to continue to eat Aubergine (I despise Aubergine personally). If Molly the accountant doesn’t want to stay later to meet an important deadline, then you should be finding a new accountant. Life is too short to be dealing with foods  people that make you unhappy or your life difficult. It’s all about making the right work decisions for you.

You have to be around the people you work with, usually, more than anyone else you’ll meet in your life. That’s huge! Let’s just take a second to look at the figures. British employees will on average work 34.5 hours a week, adding up to a total of 1,795 hours a year, and 84,365 hours over a lifetime. Most people will also work 9 hours of overtime a month, totalling 4,890 hours over the average career. Rachel Kellet of the Association of Accounting Technicians was quoted saying, ‘The impact our jobs have on our lives spreads far beyond the workplace’ and ‘With careers having such a big impact on our lives, it’s important to make sure that we are in the right one’. Be in the right one and with the right people. Don’t become stuck in what is now a habit, or a routine that you’re scared to change.

I have chosen these images mainly due to how free and happy I am in all of them. The show me at my best, doing things I have actively chosen to do – because they make me happy (travel, horse riding, frolicking in lakes with doggies, reading). Don’t get stuck in a routine that is causing you pain. Be the best version of yourself.

If any of what I’ve just said resonates with you then some of these links may be helpful:

It’s Who You Work With

Huff Post: 5 Ways Your Work Could Be Affecting Your Life

Huff Post: This Is What Happens To Your Body When You Hate Your Job

Talk Space: How Staying In A Job You Hate Affects Your Mental Health

Monster: The Hidden Effects Of Hating Your Job

You may also enjoy:

Hey, I'm Sophia and this is my little corner of the internet. I have a passion for travelling, creating my own styles and mental health. 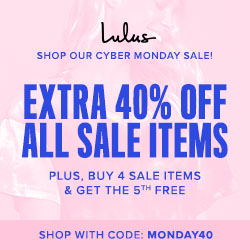